“Courage is not simply one of the virtues, but the form of every virtue at the testing point, which means at the point of highest reality. A chastity or honesty or mercy which yields to danger will be chaste or honest or merciful only on conditions. Pilate was merciful till it became risky.” – C.S. Lewis

A teacher in Sunday school today shared this quote. It reminded me of the moments when I sense temptation growing and I know it’s time to do battle with my weakness. I faced those moments numerous times this past week. By the grace of the Lord I was victorious despite my frailty.

Recently while meeting with my therapist he taught me a principle I had not considered before. I had always believed if I wanted recovery badly enough and worked hard enough then the Lord would remove my weakness through His Atonement. With this belief in my heart I’ve often felt frustrated when I felt I was doing my best and the Lord wasn’t delivering me—not fully—from my addiction.

In those moments of frustration I felt tempted to think I was being cheated, or that I wasn’t good enough. Recurring clinical depression reinforced those thoughts and eventually I came to believe that for some reason the Lord in His wisdom was going to let me struggle with depression and addiction for the rest of my life. I thought I was destined for an endless cycle of sincere repentance and relapses with periodic sobriety and respite from depression. I had accepted it and decided I wouldn’t give up, that I would keep trying because that’s what the Lord wanted me to do. Maybe some folks receive healing from addiction but that blessing wouldn’t be mine till the next life so long as I was faithful and didn’t stop trying.

A series of alarming choices recently awoke me to the subtle destructiveness of these beliefs.

I now find myself continuously pondering what my therapist taught me, which is this: the Lord doesn’t remove weaknesses, rather He strengthens and teaches us to live righteously despite them. He does this because as He has said, He “gives [us] weaknesses that [we] may be humble.” One of the reasons I came to this earth is to learn to rely on Him in all things. What better way to accomplish this than by learning to rely on Him for the rest of my life because I cannot handle my weaknesses on my own? And instead of asking Him to remove my weakness, what if I were to ask Him to show me how to live with my weakness without giving in to temptation?

As I sought to apply that principle this week, I found new meaning in the Savior’s promise that “[His] grace is sufficient for all men that humble themselves before [Him].” He has always been there for me and given me grace in times of need. But there was something different about it this week. This week I stopped looking for healing from addiction and instead started looking for strength to abstain from my addiction. In so doing, it felt as though I was no longer attaching a condition to my relationship with Him, but instead was enjoying a relationship of trust with Him wherein I knew that He and I were working together and that with Him I could do all things. It was like I no longer looked to him as a doctor I would visit when feeling sick, but as a personal trainer with whom I was constantly working to progress and move forward to avoid sickness in the first place.

I feel my words don’t adequately describe the shift in thinking God is giving me, so I pray His Spirit shares it with you and that I let it sink deep into my heart so that I understand it well enough to explain clearly. In just one week it has changed the way I view my relationship with my Savior and my Father in Heaven. I feel a new kind of faith in Him that I haven’t felt before, or perhaps haven’t felt in a very long time; and for that I am grateful.

Abide with me! fast falls the eventide;
The darkness deepens. Lord, with me abide!
When other helpers fail and comforts flee,
Help of the helpless, oh, abide with me!

Swift to its close ebbs out life’s little day.
Earth’s joys grow dim; its glories pass away.
Change and decay in all around I see;
O thou who changest not, abide with me!

I need thy presence ev’ry passing hour.
What but thy grace can foil the tempter’s pow’r?
Who, like thyself, my guide and stay can be?
Thru cloud and sunshine, Lord, abide with me! 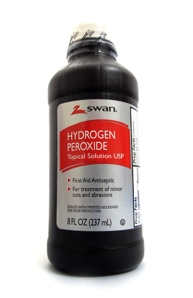 This saying has been on my mind: “…individuals finally become willing to abstain when the pain of the problem becomes worse than the pain of the solution” (LDS Addiction Recovery Manual, p.1, emphasis added).

Why would the solution include pain? I think one reason is so that I can’t return to my sins without recalling how much pain they bring. Maybe it’s similar to why God lets me touch a hot stove and afterward obtain medical care, so that I learn what will wound me and what will heal me. Perhaps cleansing all types of wounds—physical, emotional, or spiritual—involves some measure of pain.

I’m thinking of when I got nasty gravel-covered scrapes on my knees and elbows after falling off my bicycle as a kid. My mom would first clean out the gravel and dirt from the wounds. As if that didn’t hurt enough, she’d then bring out the big guns: hydrogen peroxide. I think many of us can recall what that feels like. My mother usually had to repeatedly assure me that the “bubbly medicine” would be good for me. I’m pretty sure I often protested in fear of the pain that I knew would ensue. Eventually she would convince me to trust her and I’d let her apply the painful solution. She was right; it hurt every time, but the wound always got better.

Has learning to trust God been any different for me? I certainly know the pain of my sins and addictions, but I’m just getting to know the pain of repentance and recovery. I’m slowly getting better, and the pain becomes bearable when I plead for God’s grace to sustain me.  Just as Heavenly Father promised, I’m experiencing the healing power of Jesus Christ’s Atonement.

It seems to me that I have been given a choice in this life: either the never-ending sorrow of my sins and weaknesses, or the temporary pain of repentance and healing. My experience has been that the former brings even more pain, while the latter yields peace of mind and soul.

Elder D. Todd Christofferson of the Quorum of the Twelve Apostles said the following:

“Suffering for sin does not by itself change anything for the better. Only repentance leads to the sunlit uplands of a better life. And, of course, only through repentance do we gain access to the atoning grace of Jesus Christ and salvation. …whatever the cost of repentance, it is swallowed up in the joy of forgiveness.”

I crave peace and forgiveness. Healing hurts right now, but I can feel the Lord restoring health and life to my soul.